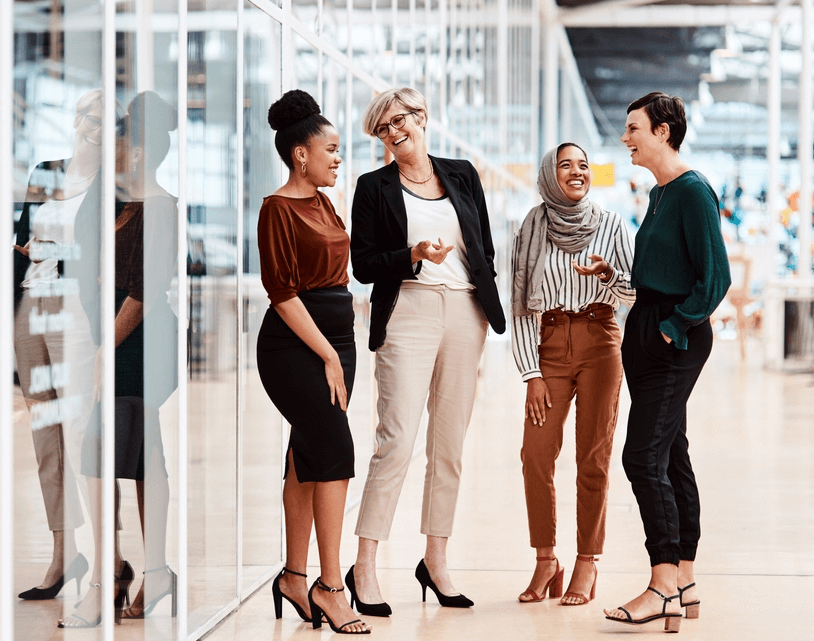 WOMEN IN THE WORKPLACE: HOW DOES YOUR COMPANY STACK UP?

March is Women’s History Month. However, It’s clear that the work to include women in the workplace has only just begun.

As a company trying to address business culture issues, we wanted to draw your attention to the struggles women face in the workplace. From underrepresentation to issues of inclusivity, women face a bunch of unique barriers as they fight for equity. This blog will review some history, current statistics and provide some recommendations for improving inclusivity at your organization.

WHAT IS WOMEN’S HISTORY MONTH?

If you aren't familiar, Women's History Month is the celebration of the contributions women have made throughout history. Sadly, The National Geographic reports that women's achievements throughout history have often been obscured or even completely left out of history books. NatGeo goes as far as to claim that Historians who were almost entirely men [up until the mid 20th century] often saw the past through the lens of the 'great man' theory, which holds that history is largely shaped by male heroes and their struggles. In the mid 20th century, a group of women who would later be known as the 'National Women's History Project' successfully lobbied for a National Women�s History Week, which was officially declared by President Jimmy Carter in March of 1980.

UNDERSTANDING THE TRUE HISTORY OF OUR COUNTRY WILL HELP US TO COMPREHEND THE NEED FOR FULL EQUALITY UNDER THE LAW FOR ALL OUR PEOPLE" – JIMMY CARTER, 1981 ADDRESS

Bottom line: women are still severely underrepresented in the workplace. In particular, we want to focus on the disparities that still exist in the workplace. Earlier this month on National Equal Pay Day, President Biden proclaimed that "In 2020, the average woman working full-time, year-round, for wages or a salary earned 83 cents for every dollar paid to their average male counterpart. However, the issues go a level deeper, with women also being underrepresented in every level of the workplace."

Starting from the top, Deloitte has found some astonishing figures in the seventh edition of their Women in the Boardroom: A Global Perspective report. Globally, only 19.7% of board seats are held by women, with only 6.7% of board chairs held by women. Unfortunately, the numbers only get worse when looking at C-Suite positions. Globally, only 15.7% of CFOs are women with only 5% of CEOs being women.

HOW DOES THE U.S. STACK UP?

The U.S. barely peeks over the Global averages when it comes to women holding positions on company boards. Only 23.9% of board seats are held by women, with only 5.8% of board chairs being held by women. Again, the United States barely squeaks over the global average of CEOs with 5.7% of CEOs being women, but falls short when it comes to CFO's, with only 13.5% being female.

The research also shows that women trail behind in every other position in the workplace as well. In their Women in the Workplace 2021 report, McKinsey found that women have not reached parity (50%) even in entry level positions, with representation falling off at every step up in leadership roles.

Figure 1. Visual representation of global statistics on women in leadership roles. Adapted from “Progress at a snail’s pace. Women in the Boardroom: A global perspective,” by Deloitte.

Figure 2.Visual representation of United States statistics on women in leadership roles. Adapted from “Progress at a snail’s pace. Women in the Boardroom: A global perspective,” by Deloitte.

WOMEN OF COLOR AT WORK

Being both a woman and a person of color results in an even worse work experience. As for representation, Women of Color only make up about 36% of the women who hold entry level positions and the numbers decrease severely the higher you look up the leadership chain according to McKinsey. At the top of the corporate ladder, Women of Color only hold about 4% of C-Suite positions. Women overall are much less likely to earn promotions at work, but Women of Color are even less likely.

WOMEN FOR WOMEN IN THE WORKPLACE

Encouragingly, we can see that women are supporting other women. As Deloitte reports, women are much more likely to hold seats on a board when there is a female CEO. Globally, companies with a female CEO have boards that are 33.5% female while companies with a male CEO only have boards that are only 19.4% female. While those numbers are encouraging, we are still a long way from equality.

DIVERSITY AND INCLUSION CHAMPIONS IN THE WORKPLACE

With the explosion of the new wave of social justice, companies are looking to expand their diversity. It seems that adding women to the workplace would help companies accomplish their diversity and inclusion goals. McKinsey found that women are particularly more likely to push for diversity and inclusion within companies, being more likely to work hard on supporting employee resource groups and diverse recruiting even when it is not a direct focus of their job. McKinsey goes as far as to call women the 'Champions of DEI'. Women take more allyship actions such as mentoring Women of Color, advocating for new opportunities for them, and actively confronting discrimination.

DIVERSITY WITHOUT INCLUSION IS ONLY HALF OF THE EQUATION

The discussion of women in the workplace always ties back to the broader discussion of diversity without inclusion. With women making slow but steady increases in representation in the workplace and the rise of the social justice movements in the past few years, it is great to see so many companies focusing on broadening their employee base and becoming more diverse. However that does not inherently mean that companies are being inclusive. If diversity is the representation of broad backgrounds within a company, inclusion is the involvement of those people in the mainstream channels of an organization. Many companies are simply 'checking the box' by hiring diverse employees, however they are falling short when it comes to engaging those employees into the mainstream of their organizations.

The McKinsey Report lays out a variety of effective measures to tackle the issue of increasing women's seats at the table and actually including them in the conversation. What it boils down to is that companies need to put�considerable efforts into their Diversity, Equity and Inclusion efforts. To improve inclusivity, companies should employe strategies like updating hiring practices, educating employees, and effectively tracking promotions. (Plus, virtual work adds a whole other dimension of difficulty to inclusion, more on that in later blogs)

However, there is always room for improvement in addition to the above practices - And that's where Givitas comes into play! When implemented in organizations, our software has the power to open up lines of communication and break down silos. The more employees talk to each other, the more efficient a business becomes. Givitas allows employees to give help to one another while creating a safe space for asking questions.

We all know that organizations who effectively share knowledge are more efficient, but Givitas has shown that the knowledge sharing on our platform works hard to improve inclusivity as well! We believe that companies who employ Givitas will likely improve their inclusivity for women and Women of Color. 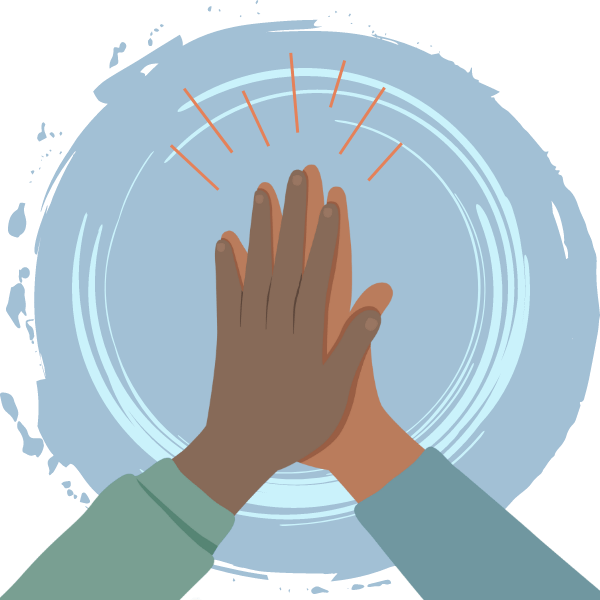 Ready to start building a generous community at your workplace?